The marker has been awarded to Havre de Grace through William G. Pomeroy Foundation, a private grant-making foundation based in Syracuse, NY,  through its National Women’s Suffrage Marker Grant Program. These markers recognize historically significant people, places, or things across the United States, instrumental to women gaining the right to vote.

As president of Harford County’s chapter of the Just Government League, Elizabeth Forbes helped welcome the “pilgrims” who marched through the County in the 1915 Prairie Schooner Campaign. She was later arrested during the Watchfire demonstrations in Washington DC. Forbes continued to work on behalf of women’s equality for the rest of her life.

“The award of the suffrage marker, one of only 250 markers placed on the Trail throughout the country, represents a major honor for Havre de Grace. This is one of 15 markers that will be included throughout the state,” said Diana Bailey, executive director of the Maryland Women’s Heritage Center. “Shining a spotlight on the unrelenting dedication of Maryland suffragists is an important and relevant piece of our state’s history, especially during the centennial of the 19th  amendment.”

The marker will be placed in Tydings Park at a future date.  It is being made in a foundry while local volunteers, non-profit groups and the City of Havre de Grace are working collaboratively to plan proper ceremonies in a responsible timeframe to the current social distancing measures.

About the Maryland Women’s Heritage Center

The Maryland Women’s Heritage Center (MWHC), a 501(c) (3) non-profit, non-partisan organization, was established to preserve the past, understand the present, and shape the future by recognizing, respecting, and transmitting the experiences and contributions of Maryland women of diverse backgrounds and from all regions of the state. The Center is an outgrowth of the Maryland Women’s History Project that began in 1980 as a collaborative venture between the Maryland Commission for Women and the Maryland State Department of Education.

Authorized in July 2013, the Commission on the Commemoration of the 100th Anniversary of the Passage of the 19th Amendment to the United States Constitution seeks to: develop a plan for commemorating the events that occurred in Maryland connected to women’s suffrage and the ratification of the 19th Amendment to the U.S. Constitution; assemble an inventory of sites in Maryland that are significant to the suffrage movement; develop a strategy to encourage tourism related to the commemoration; and foster collaboration between federal, state, county and municipal organizations with regard to commemorative programming.

The National Collaborative for Women’s History Sites is a non-profit organization established to support and promote the preservation and interpretation of sites and locales that bear witness to women’s participation in American history. NCWHS is dedicated to making women’s contributions to history visible so all women’s experiences and potential are fully valued. Visit: www.ncwhs.org

About the Pomeroy Foundation

The William G. Pomeroy Foundation is a private foundation established in 2005. The Foundation is committed to supporting the celebration and preservation of community history; and to raising awareness, supporting research and improving the quality of care for patients and their families who are facing a blood cancer diagnosis. To date, the Foundation has awarded nearly 800 grants for historic signage in New York State and beyond. Visit: www.wgpfoundation.org 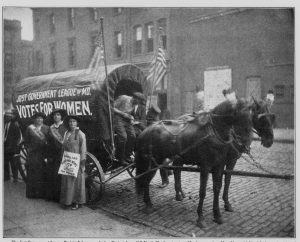 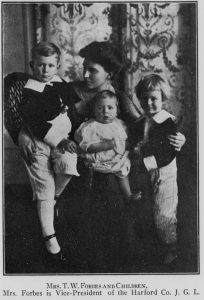